When Mary Gross was first paired with Cecy through a career-oriented service at Just in Time for Foster Youth, she wondered if they had anything in common.

‘I thought ‘Maybe we were at the bottom of the barrel, and they figured, “We’ll just put these two together.’”

But the service, which strives to be intentional in its pairing of mentors and youth, got it right. Despite not having obvious career experience or aspirations in common, the two always had something to talk about. They met for walks and for lunches and their relationship slowly began to evolve and deepen.

“At one point, Cecy began calling me her diary because she was able to tell me things that she couldn’t tell anyone else. As her diary, I allowed her to talk about things without judging her.”

In January 2023, Mary and Cecy met at the San Diego Courthouse for an adoption ceremony. After 9 years of mentorship, Mary adopted Cecy.

“She often talks about the fact that I never gave up on her when other people in her life almost always did. Cecy is thriving now, knowing she has someone who puts her first.”

Mary Gross has been a Just in Time volunteer for nearly a decade. Cecy was the first of many youth that Mary has impacted with her mentorship. 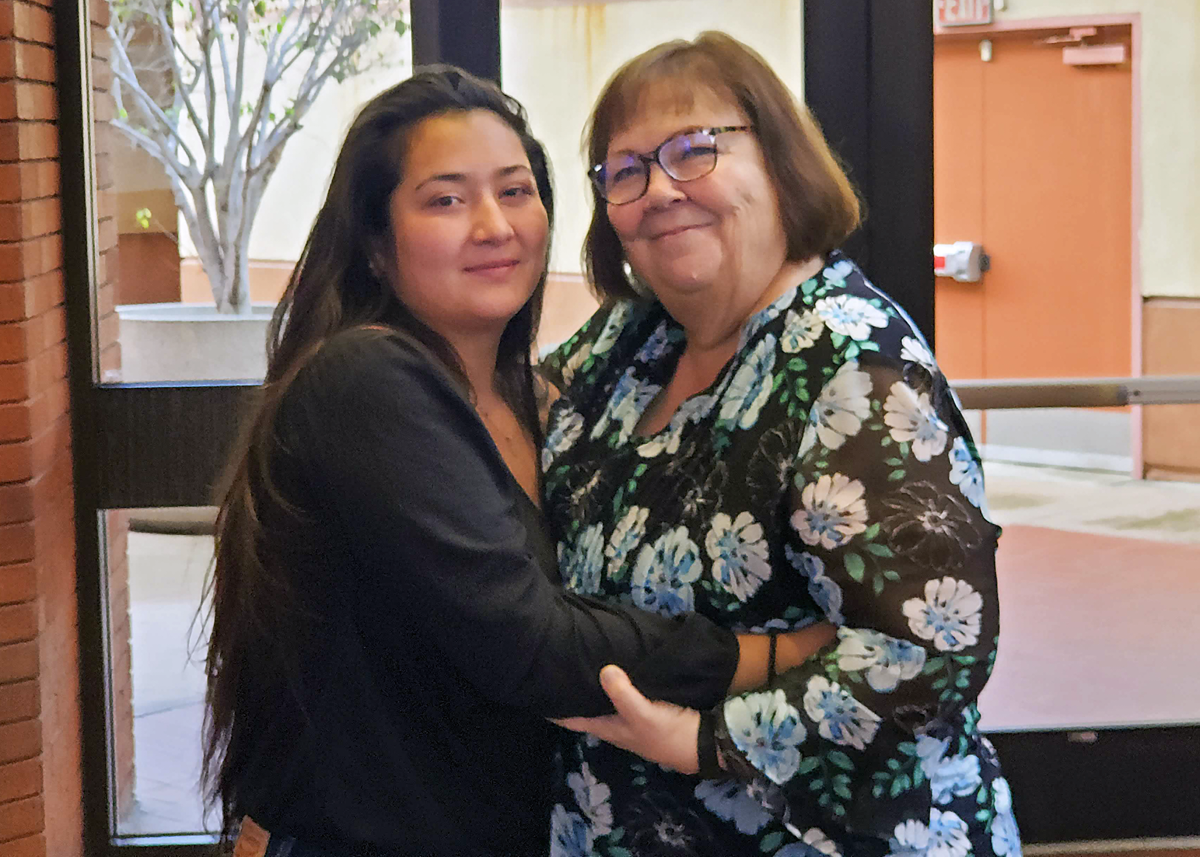 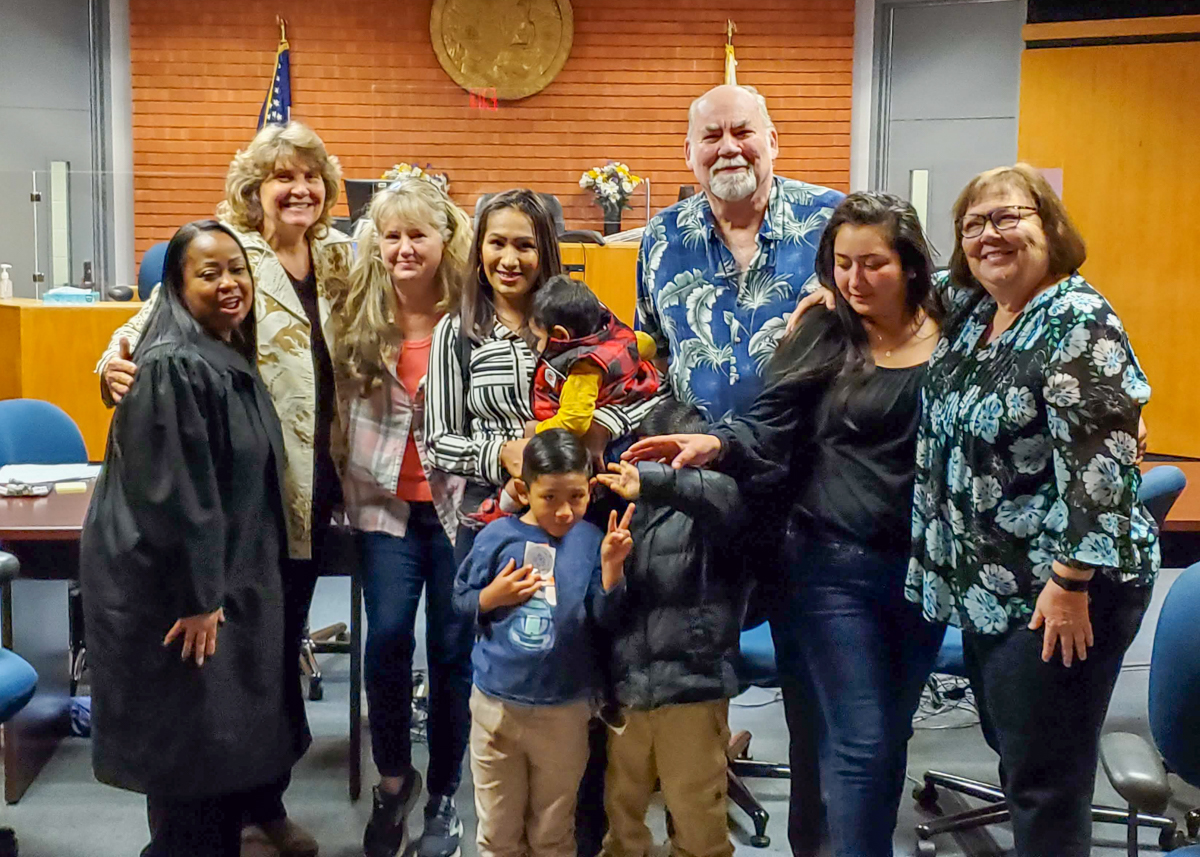 The shock of the Columbine shootings in 1999 inspired Don Wells to take his first steps toward becoming a youth mentor. Working at a local San Diego news station at the time, Don Wells used his position overseeing Community Affairs to recruit male mentors for young men who might otherwise take the same destructive path as the Columbine shooters. Through this campaign, Don became a mentor to 9-year-old Victor and his 8-year-old sister Belen. The siblings had already been in and out of foster care for many years. One day when Belen was 11 years old she turned from the movie she was watching and asked Don, “Why are you still here?”  The 3-year connection with Don was the longest continuous relationship with a caring adult Belen had ever had.

More than 20 years later, Don and Belen are still in each other’s lives. In fact, in 2022, Don officially adopted Belen. And Don is no longer working at a local news station. In 2003, he began volunteering at the (then) newly formed non-profit Just in Time for Foster Youth. Today, he is Just in Time’s (CEO) Chief Empowerment Officer, leading an organization dedicated to connecting former foster youth to life-sustaining relationships with caring adults. 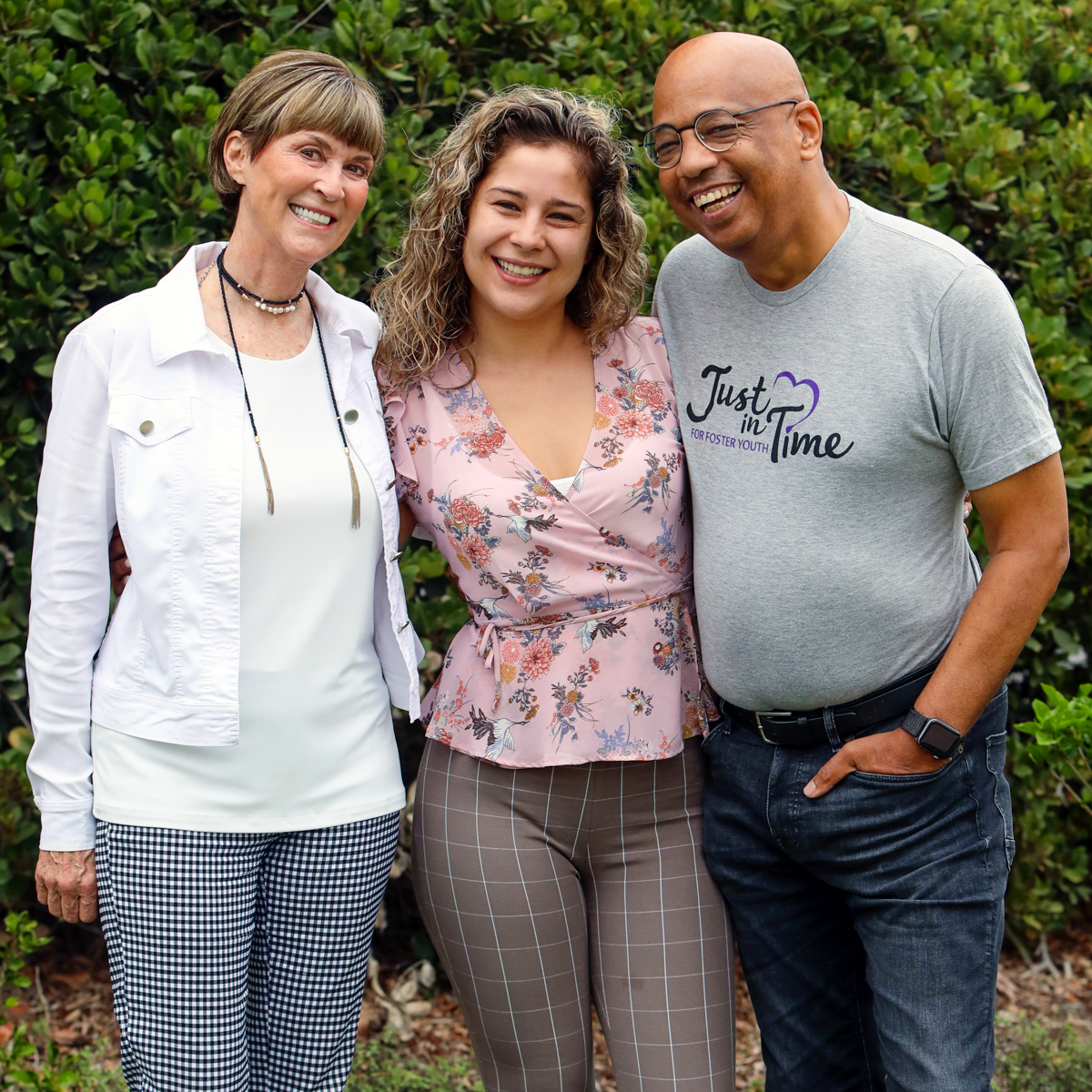 Don and Belen Through the Years 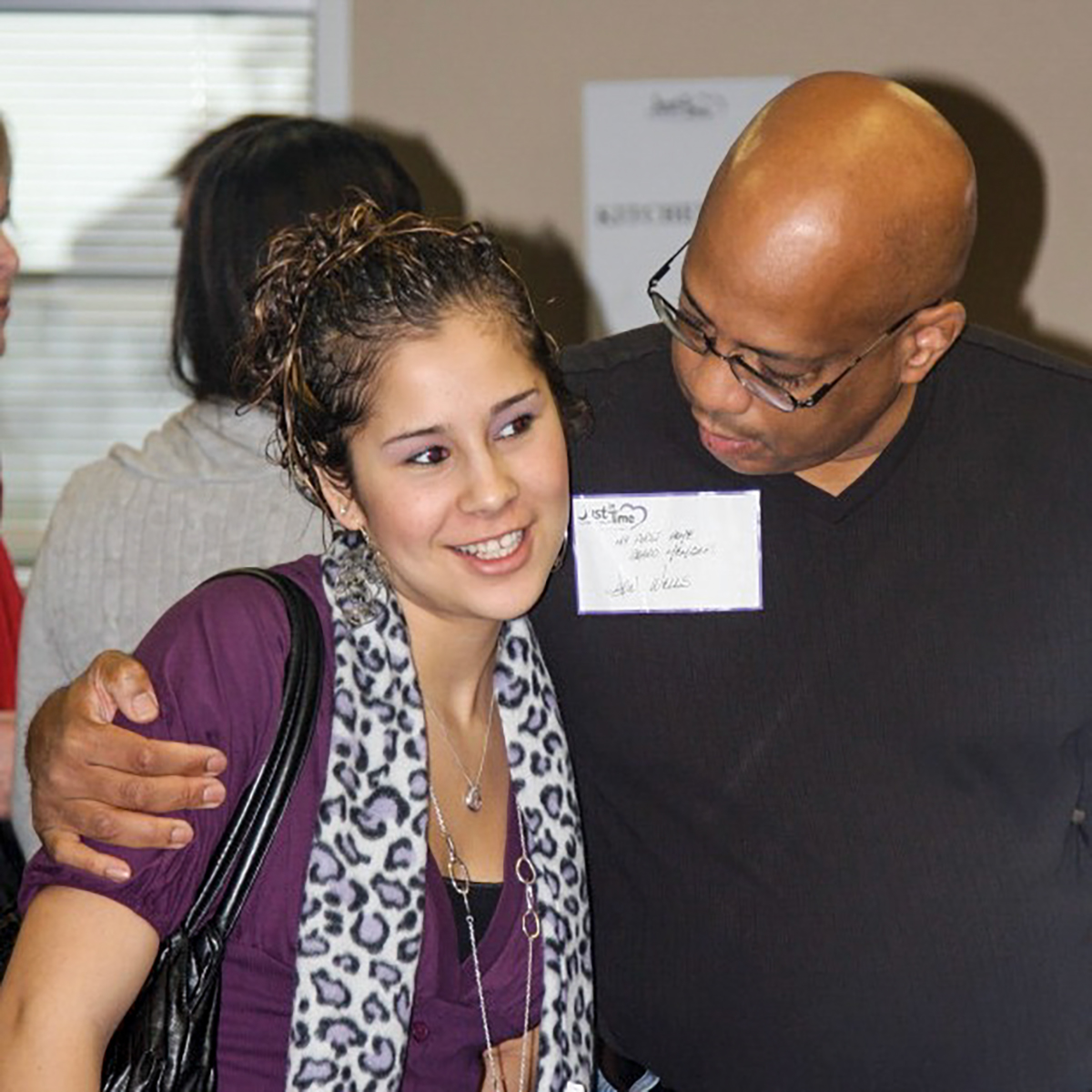 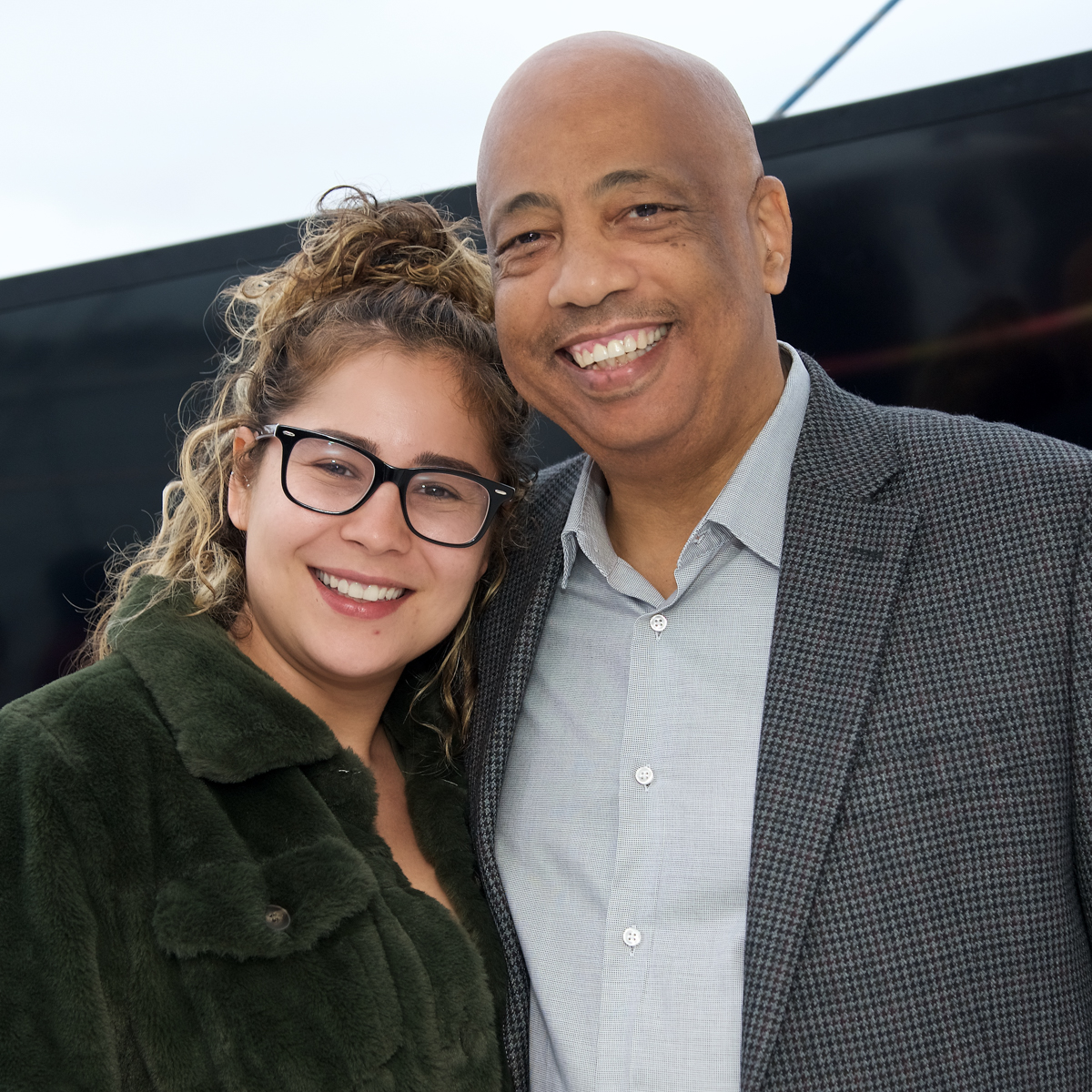 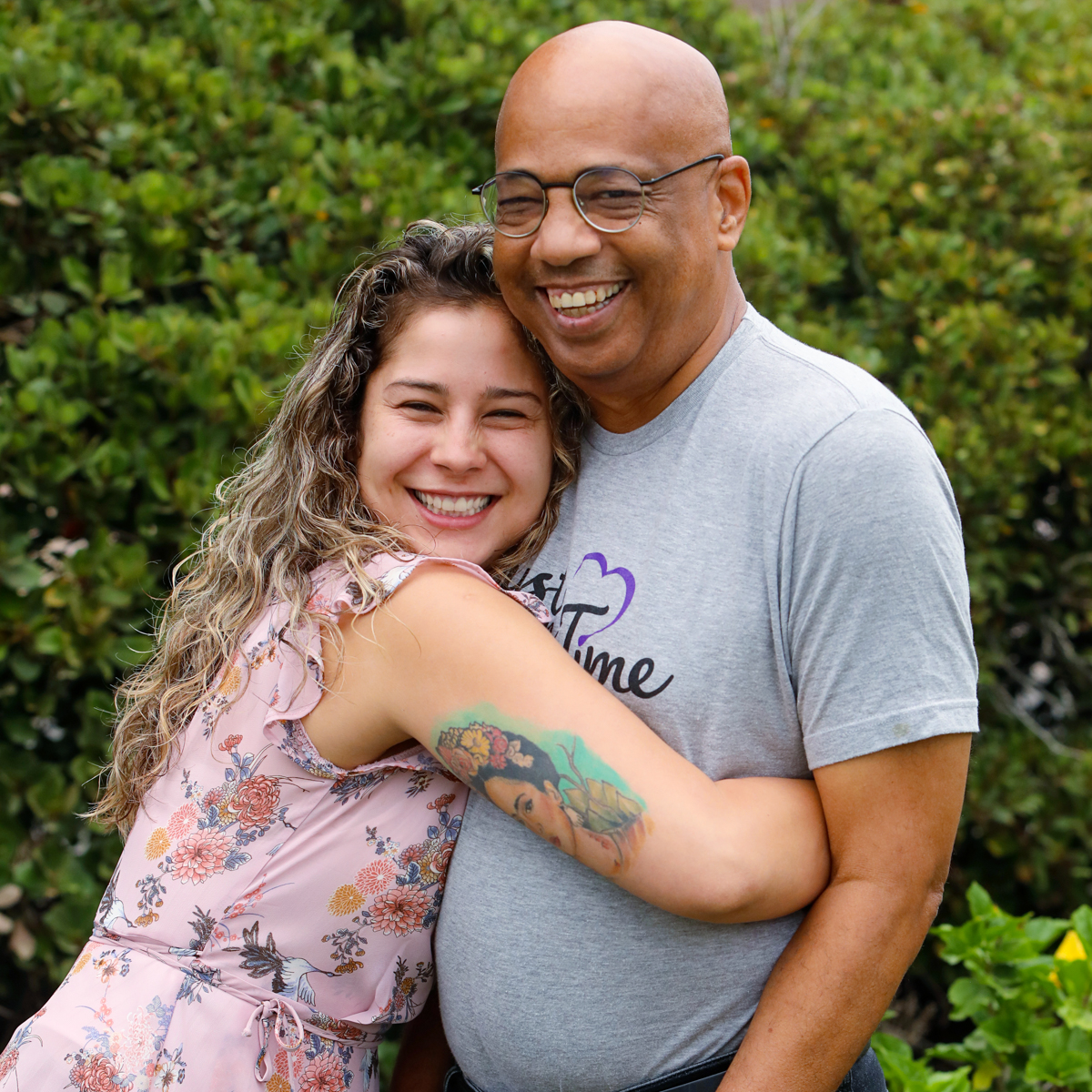 Watch Belen in action with this Just in Time, Changing Lanes video of Don teaching Belen how to drive for the first time!

Thank you to all of OUR mentors here at Just in Time!