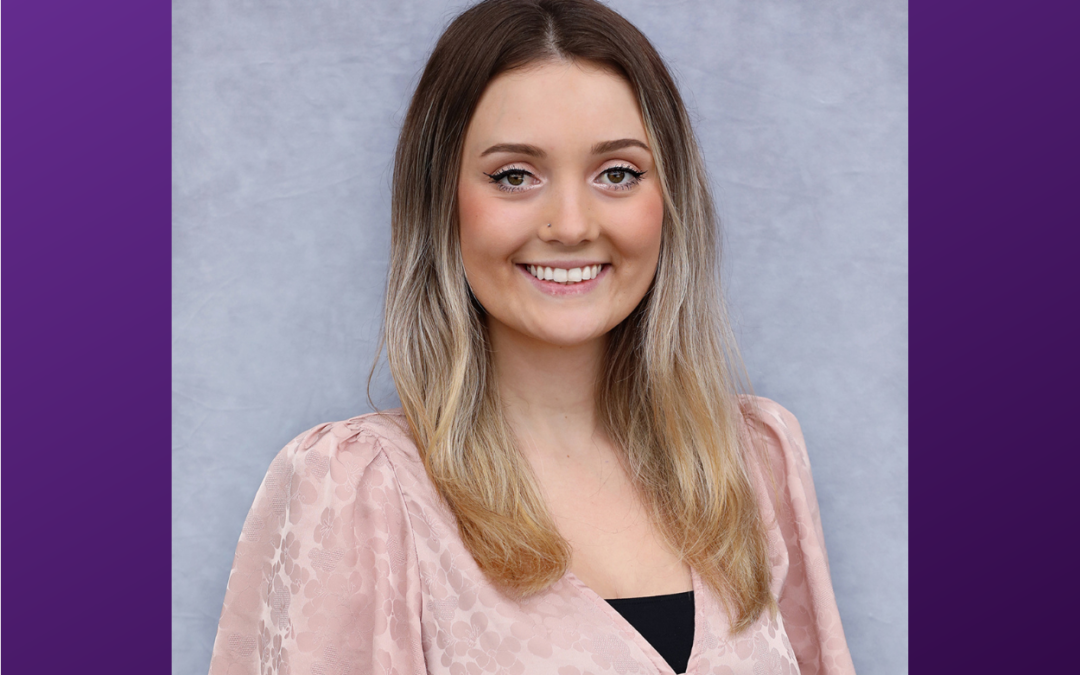 As a child, Samantha didn’t know anyone who’d been to college. She hardly knew anyone who’d finished high school. Her college aspirations were fueled, not by anyone she knew in real life, but by the fictional characters she saw on-screen in television and movies.  “I saw the success of the characters who went to college, and I was inspired.”

Education became Sam’s outlet, her chance at an opportunity to better herself. It was also a chance for her to break the cycle of foster care that had separated her from her mom and nine siblings by hundreds of miles – from Utah to San Diego.

When faced with a toxic situation in her foster care placement while in high school, Samantha ran away and found herself in survival mode. “I didn’t have much money. I didn’t have transportation. I didn’t know how to apply for jobs. There was a lot I didn’t know!”

While she petitioned several agencies for resources, there was always some box she couldn’t check, mostly because she entered foster care outside of California. But Samantha didn’t give up on her dream. Her stellar academic record earned her admittance to UCSD where she also discovered there would be no barriers to getting help at Just in Time.

“My first impression of JIT was just so amazing. Everyone was so kind and welcoming. I knew this was an environment I wanted to be in.  I used to ride the trolley from UCSD to Just in Time because there were really good workshops on time management and all kinds of things! I wanted to get as much knowledge as I could. And now I’ve taken advantage of every service JIT has to offer.”

Hollywood couldn’t have scripted a better outcome for Samantha. She will soon graduate from UCSD with three bachelor’s degrees, and one of her JIT coaches helped Sam get a job at her law firm.