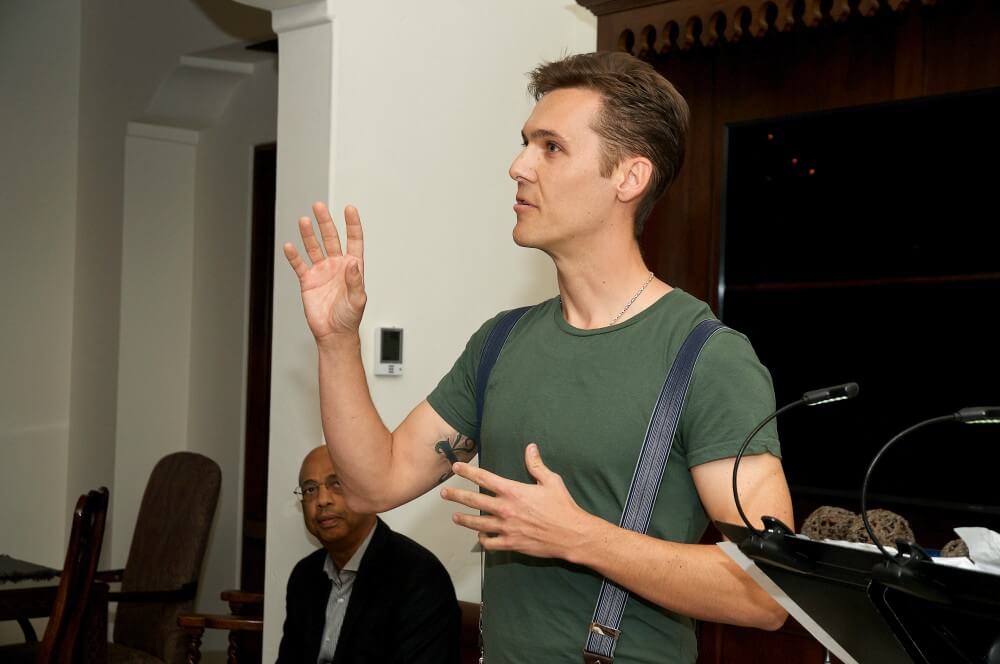 Nathan was five years old when his mother packed up everything she could and piled four kids onto a Greyhound bus headed to California from the East Coast. She was following Nathan’s father to San Diego where he was seeking a steady source for his drug addiction.

Arriving in San Diego with no money and no place to stay, going to school was not an option. Instead, Nathan and his siblings joined their father, panhandling on street corners for over a year. When Nathan was eight, his dad abandoned the family altogether and his mother, overwhelmed with caring for five kids alone, developed an unhealthy addiction of her own.

Finally, at age 13, Nathan and his siblings were separated and put into foster care; Nathan and his younger brother moved in with a single man who struggled to raise to boys with past trauma. At age 17, Nathan was told he had to leave, so he began couch surfing with friends.

The next seven years were very difficult as Nathan fought to survive, feeling disconnected and without purpose. At one point, needing rent assistance, Nathan discovered Just in Time.

Before long, Nathan joined Bridges To Success for Young Men where he met other young men with similar backgrounds who were determined to make changes in their lives, get an education, find meaningful work, and build trusting relationships. As he says now, “Here was this organization striving to make a difference in the lives of foster youth who are aging out; I wanted to be a part of that.” While he came to Just in Time for stable housing, what Nathan ended up finding was a supportive community where he could progress in his own self-healing.

As Nathan grew stronger and more confident, he became a JIT volunteer, and he took on the role of being a foster parent to his 12-year- old sister. Recently, he joined the Just in Time staff as the Development Associate and has since then transitioned into a part of then Volunteer Engagement team.

As Nathan often points out, “My story isn’t unique; there are hundreds of young people just like me who want to grow. All they need is to know there’s a possibility for change and a chance for them to discover their self-worth and be part of a community— a family of people who genuinely care about their best interest.”